Hate to see it. I was looking forward to seeing what this guy could do.

Story from the Banner Herald.
Posted by Lucid Idiocy at 3:46 PM 1 comment:

UPDATE: Unfortunately, they were eliminated. 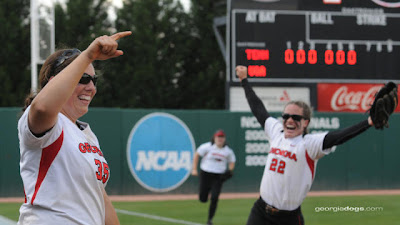 Dawgs on the ropes in Tallahassee

UPDATE: It did not go well.

From ESPN at the College World Series: Georgia (38-23) will play Ohio State in an elimination game Sunday.
Posted by Lucid Idiocy at 10:39 PM No comments:

And I mean a lot of them. Maybe all of them. Starting with Season 1, Episode 1, when some guy I never heard of was playing Face and the first jeep flipped doing 50 miles an hour but nobody was hurt.


I love it when the Internet comes together.
Posted by Lucid Idiocy at 1:59 PM 1 comment:

Labels: badasses, L.I. endorsed, the internet and the fall of society, things that are awesome, video

He's playing at the Verizon Wireless Amphitheatre in Alpharetta July 30. Tickets go on sale Saturday morning. The venue seats about 12,000, including the lawn area.

Tone Loc has collapsed in Florida

Luckily, he appears to be OK. No word on whether Funky Cold Medina was involved, but you have to assume it was.

The Pensacola News Journal has a story.

Be sure to check out the pictures of the young ladies that came to Mr. Loc's aid.
Posted by Lucid Idiocy at 1:49 PM No comments:

Labels: things that are just things

Words to live by

The post itself is nothing out of the ordinary, just a bunch of links and comments about them. But the wisdom. Oh, the wisdom...

Transparency and disclosure is a better policy in everything not involving national security and comments about your wife's butt size.

Prioritize fixing what's broken. Not what annoys you. It's a great rule of thumb.

Posted by Lucid Idiocy at 12:57 PM No comments:

Labels: stealing from other blogs

Yellow is the color of... Larry Munson?

I was cleaning out some old boxes recently and came across one for a talking Larry Munson bobble head doll I bought a few years back. 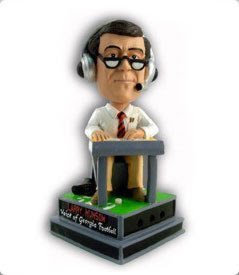 You remember those; they are awesome and proceeds benefit a UGA scholarship fund named for the late Noah Harris, a UGA cheerleader and Army 1st Lt. killed in Iraq.

But on the bottom of the box was a curious string of words: Yellow, LLC Savannah, Georgia.

Wait a damn minute, I thought. How can a company named Yellow LLC be involved with something this important?

It turns out Yellow LLC is a company owned by Rob Ellis of Savannah, who came up with the idea for the bobble heads and has been marketing them for a couple of years now.

The Savannah Morning News wrote a nice article about Rob in 2008, identifying him as a Savannah insurance broker and 1980 UGA graduate.

So why would a National Championship year Georgia graduate name his company "Yellow?" As with all difficult questions, I got drunk and consulted my buddy Joe.

"Maybe he's got another company called 'is the color of piss,'" Joe said.

Sadly, this is not the case. Because of course I called Rob and pestered him about it.

He's a member of Leadership Georgia, which is one of those important people networking things. And they bring in this profiler who assesses everyone's personality and assigns it a color. Red is social, blue is logical, green is organized and yellow is creative.

ROB: And that's the origin of that. ... I am very, very yellow and creative. That's where Larry was birthed, this whole concept was birthed. ... You can buy them direct now: TalkingLarry.com.

ME: Talking Larrys - that's a better name for the company, don't you think?
ROB: Uh, if that was my only deal. And it's not. This is clearly not my (regular) business.

ME: So, according to Leadership Georgia, the Georgia Institute of Technology is creative.
ROB: I did not mention the evil empire on North Avenue.

ROB: At least it's not orange.
ME: It's not like either one's too good, man.
ROB: I'd rather be yellow than orange any day of the week. Orange is evil.

I don't quite know what to think about all this. But there are 365 talking Larry Munson bobble head dolls left, according to Rob's site. That's one for each day.
Posted by Lucid Idiocy at 4:01 PM No comments:

Labels: Larry Munson, perhaps I am taking this a bit too seriously

The 2007 Blackout: One for the archives

"They're 15 sections from where the rowdy folks are."
- Joe Petersen

The Auburn 2007 Blackout: At one point Sanford Stadium appears to destroy someone's camera on the 50 yard line.


Did you see that?

Labels: The Dawgs, things that are awesome, video

Missing link found; one less thing to worry about

Have you heard about Ida? Said to be the missing link of evolution.

The New York Times says we'll see about that, as is so often true:

But despite a television teaser campaign with the slogan “This changes everything” and comparisons to the moon landing and the Kennedy assassination, the significance of this discovery may not be known for years. An article to be published on Tuesday in PLoS ONE, a scientific journal, will report more prosaically that the scientists involved said the fossil could be a “stem group” that was a precursor to higher primates, with the caveat, “but we are not advocating this.”

Updates from The University of Georgia Magazine...

The Seiler family has donated papers from the Uga mascot line to the university. They will be housed in one of the library's special collections, which are partially accessible online, and are awesome.

This one is dedicated to the women of UGA.
----
A UGA professor is studying parasitic worms that cause schistosomiasis and affect 70 percent of people in some African villages. The research may lead to advances in organ transplants and immunosuppressant therapy.
----
As of fall semester, there will be no more in-room phones in University of Georgia dormitories.
----
Terry College, graduating college of one John W. Fain, was second in the nation in passage rate for the CPA exam in 2007. Wake Forest was No. 1. I pretty much stole the whole story.
----
It snowed on March 2: 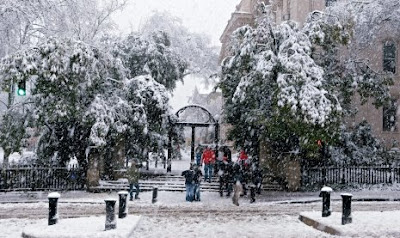 Labels: The University of Georgia, Women

Attention all hippies and beer aficionados, the Holy Grail of beers has come to Georgia.

Fort Collins, CO – April XX , 2009 – New Belgium Brewing, the third-largest craft brewer in the U.S., today announced that 22-ounce bombers of Fat Tire, 1554 and Mothership Wit will be available throughout Georgia beginning May 11. The roll-out will begin with bomber bottles for approximately 60 days, to be followed by draft.

According to company spokesman Bryan Simpson, the beer will be available at Publix, Kroger, Food Lion and Ingles grocery stores, as well as bars across the state.

The first deliveries are expected today. 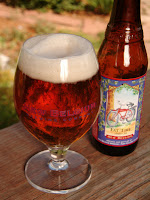 UPDATE: A spokeswoman for Kroger says they received shipments today. A spokesman for Publix says to expect shipments there tomorrow.
Posted by Lucid Idiocy at 12:28 PM 5 comments:

Labels: drinking, things that are awesome

Samberg and Timberlake do it again


"This is the second best idea that we've ever had."
Posted by Lucid Idiocy at 12:06 AM No comments:

If you get a chance to live out a Kevin Bacon movie, you do it

Good for this kid. From The Courier in Findlay, Ohio:

A Heritage School committee decided Wednesday that Tyler Frost, 17, will be suspended if he attends Saturday's dance because the school's policy forbids dancing, rock music, hand holding and kissing.

Frost plans to attend prom anyway with his girlfriend, a senior at Findlay High.

Posted by Lucid Idiocy at 11:59 PM No comments:

Ramirez, by the way, was responsible for the single coolest thing I've ever seen on a baseball field that didn't include Hank Aaron, Greg Maddux, Dale Murphy, Sid Bream or Lou Gehrig.

Keep your hat on

Kirk Vonnegut used to tell just the punchline of an old joke. "Keep your hat on," it went. "We could end up miles from here."

I have just realized tonight that, not only do newspaper people not know where journalism is heading in the internet age, no one does.

And that is a level playing field.

Thanks to Paul Westerdawg for linking to this today, out of the blue, on the 9th anniversary of my coming to work at The Macon Telegraph:

That is what real revolutions are like. The old stuff gets broken faster than the new stuff is put in its place. ...

I don’t know. Nobody knows. We’re collectively living through 1500, when it’s easier to see what’s broken than what will replace it. The internet turns 40 this fall. Access by the general public is less than half that age. Web use, as a normal part of life for a majority of the developed world, is less than half that age. We just got here. Even the revolutionaries can’t predict what will happen.

Labels: new media, newspapering, the internet and the fall of society, vonnegut

More from the Beacon Theater

There seems to be no end to the awesomeness of The Allman Brothers Band's 2009 run at the Beacon Theater.


Did they require people to bring video cameras to these shows?
Posted by Lucid Idiocy at 10:27 AM 2 comments:

Pure vertical they call it, in a blink.

There's this guy named Joe Kovac at The Macon Telegraph. And The United States Air Force is Bad Ass.

The Air Show is at Robins Air Force Base this weekend.
Posted by Lucid Idiocy at 11:01 PM No comments: