Glad to see Shawn getting some of his due. It's no secret how legitimately worried I was about the safety position when the season started. I know Rambo had a good year, but Shawn was the dependable cog that kept the crushing machine running.

“He put fear in a lot of receiver’s hearts,” senior cornerback Brandon Boykin said. “He was known as a big hitter and somebody who was gonna bring the wood, I guess you could say. Him not making a (postseason) team, I guess you could say that would motivate him for next year to try to be better and try to correct things that he needs to get better at. But he knows that he’s a good player, and everybody else does too.”

Seriously, Jarvis, you are fast becoming one of my all time favorite Bulldogs.

Outside linebacker Jarvis Jones, a consensus All-American, said “there’s no reason” for him to send in paperwork. He’s maintained for weeks that he’s returning for his redshirt junior season.

“I love being here,” Jones said. “I love the guys I play with. I love my coaches. I don’t think I’m ready to let that go yet.”

"We observe an excess of events around mass of about 126 GeV." 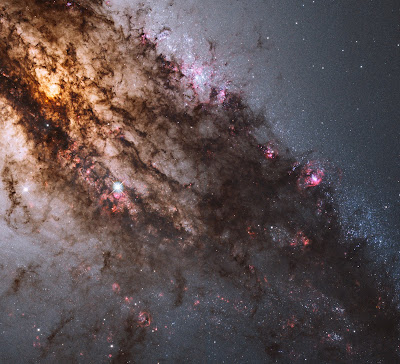 Starts alongside Jarvis Jones. Wears No. 124~126.
Gives things mass/destroys. Causes "an excess of events."
Posted by Lucid Idiocy at 1:49 AM No comments:

With Munson, it was the waver

I've thought, many times, "What is my favorite Munson call?"

And I keep coming back to 1978 Kentucky. "The bench is unconscious."

It's the waver in his voice, as he counts it down. Twenty-five, Twenty-four.

There is no font for that.

Of all of Munson's emotions, hyper intensified in the moment, I must say the fear was the most important. His explosive joy was more fun, obviously, but could it have been so sweet without the investment? 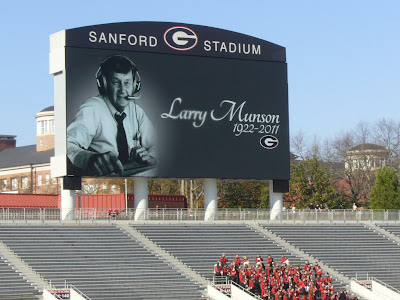 By the way, Joe and I agreed, while Munson's own eulogy stole the show at today's memorial, Coach Dooley's story about the day Georgia decided to hire Larry was the best individual story. It was one I had not heard.

Dooley and others were listening to Munson call a Vanderbilt game, and the kicker missed a field goal. Larry says, "The S.O.B. missed it."

Then without missing a beat he tells his color man, "Scott, you can’t talk like that, we’re on the air.'"

Said Dooley: "Anybody who could think that fast, we wanted him."
Posted by Lucid Idiocy at 10:05 PM 1 comment:

Munson: A part of the people, that's how I'd like to be remembered

Larry recorded a message a few years back, and they played it at his memorial service today. It was moving stuff, my friends. An excerpt:

"Some people have called my homer style 'old school.' I think I'd call it a will to win. ... I've pulled my insides out trying to win. Being a part of the fans and a part of the people, that's the way I'd like to be remembered. ... I hope Bulldog fans remember I was always looking out for them."

Thank you, Larry. Thank you. 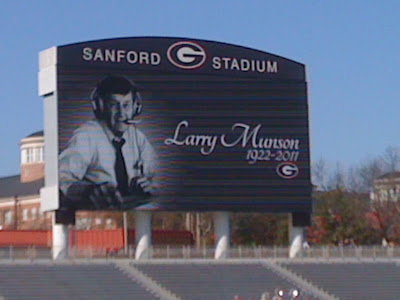 Update: The Athletics Association has video of Munson's eulogy up now. It's not to be missed.
Posted by Lucid Idiocy at 1:31 PM No comments:

But next year, my friends, next year.

All propers to LSU. A great team as expected.

This just in: perfect tweet is perfect.
Posted by Lucid Idiocy at 9:06 PM 3 comments:

LSU: All they do is win, win no matter what

This piece from And the Valley Shook is flat out excellent, in the pattern of the LSU football team itself:

This has been one of the most remarkable years of LSU football. We are nearing the close, and this team absolutely has to beat Georgia to validate this season -- winning the SEC means so much -- banners fly forever.

My only quibble is with the title. Because "delusional optimism" makes me think of Georgia.
Posted by Lucid Idiocy at 10:46 PM No comments: